Just a few months ago I told my wife I had run out of Good Ideas. This is never a good thing, especially for someone with a blog that includes ‘Good Idea’ in its title. When this happens to someone’s creative process, there is an inherent risk of poor quality products being made to fill the void until the next Good Idea comes.

I believe this is what happens to Disney regularly, which is why there are movies such as “Pocahontas II: Journey to the New World” and “Little Mermaid 2: Return to the Sea” that are desperately but unsuccessfully trying to relive the magic of the original, with plot lines that read like a mad-lib that uses the original plot as the basis and a few words changed here and there. 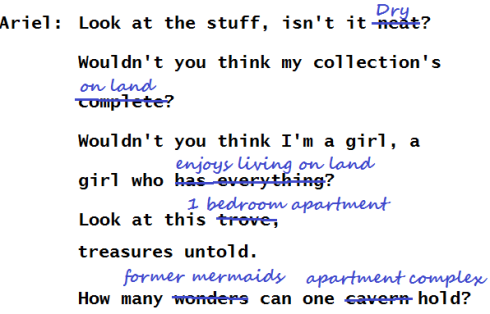 Even if they would have paid Mel Gibson to be Captain John Smith in the second Pocahontas film, it still would not have been as cool as the first time around when it was an original idea (so they brilliantly hired Mel’s little brother, Donal, to do the voice for way cheaper.)

Rather than put out garbage, I briefly considered converting my site into a “Swamp People”  fan page, until I realized that my wife and I are probably the only people who missed Steve Carell’s last episode on ‘the Office’ because they were introducing the Guist brothers on ‘Swamp People.’ It was worth it, although nobody caught the Loch Ness Monster (It is imperative for anyone that did not get this joke to watch the show…)

I began to wonder; Since my Good Ideas usually come from the need to solve a problem or eliminate an inconvenience, had I become too content or too comfortable?

Fortunately with Springtime came many of the problems and inconveniences that I had forgotten about as I was holed-up inside my house during Winter. Along with these inconveniences came so many Good Ideas that I decided to create the first ever “Good-Idea-A-Day Week!” on GIJG.com to celebrate my new bounty of Good Ideas.

During this week, anyone who:

will be entered into a drawing to win several special Good Idea John G style prizes (along with something actually valuable). Also look around the site during the week  for other special contests with prizes…