I believe strongly that simplicity equals well-being. I have yet to find an example in my life to negate this mantra. Alas, our world is moving rapidly away from this mantra, and insists upon complicating everything for the sake of what some call progress. This is why I love vibrating football.

I recently purchased a vibrating football game at GoodWill on a nostalgic whim, remembering the hours I spent listening to the incessant buzzing noise coming from a field full of plastic football players that insisted on running every direction but straight.

When I realized that no one in my life felt quite so passionate about this simple yet beautiful game, I put it in the basement with the unused exercise equipment and smelly and often-used litter box. Then after playing Madden Football 2011 on my friend’s Playstation 3, I realized that I am already so far out of the technological loop that I should probably just continue to play vibrating football by myself.

While playing Madden, I was unable to grasp the 500 combinations (using the 30 buttons on the controller) that made my players perform a slew of realistic and purposeful tasks, such as passing, tackling, and diving headlong onto the ground. I did not do much passing or tackling, but rather kept diving at inappropriate times (which is not too far off from how I play real football.) While I enjoyed my friend’s company greatly, I would have enjoyed it a lot more if he would have at least let me score one time.

It is quite possible that I do not possess the mental capacity to keep up with the technological advances that are constantly coming to light. This may be an indirect result of playing so much of such a simple game like vibrating football when I was young instead of developing fine-motor skills, problem-solving skills, and reflexes playing Nintendo, which my parents deemed too violent to own. I guess it paid off because I do not have the urge to violently jump on a turtle’s back when I see it like most of my friends who played Super Mario do. 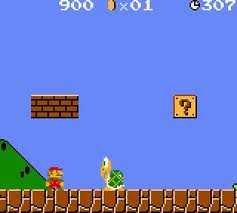 Now I watch my parents struggle to use technology such as computers and cell phones, and instead of making fun of them like most people my age do, I empathize with their plight (although I occasionally get a kick out of the Neanderthal faces my dad makes while my brother explains that it was in fact my dad’s butt that called all of those people, or how my mom insists on using speaker phone but still does not trust that it is picking up her voice, so she yells the whole conversation. Not only is it picking up her voice, but so is everyone within 15 feet of me and my phone.

At least they have an excuse; They were children in a world without televisions, cell phones, and internet. Think of how terrifying Lady Gaga must be to anyone older than 40. I feel intimidated and overwhelmed by the changes that are constantly taking place, but I may be the only person under 40 who feels this fear of technology and Lady Gaga. Even the Pope has recently given his blessing to social networking. Now people can literally follow Jesus on Twitter, and sing “I’ve got a Facebook friend in Jesus” without the guilt.

In with the Old, Out with the New

I have noticed that as video games advance, they become more and more life-like. But I contend that this does not necessarily mean they are better. In my opinion, the game Pong is still more addictive and fun than any of the ping-pong games that have come out on Wii or Playstation. As these games try to get more and more realistic and life-like, I wonder at what point they decide to just play regular ping-pong?

For people like me, who remain complacent partaking in the activities that have always made us happy, the Super Bowl is something that does not need to change to be enjoyable. Each year, families and friends gather to watch funny commercials while two teams from cities we could care less about play for a title that our team will never get (I obviously am only speaking as a disgruntled Cincinnati native, and kudos to anyone from Green Bay or Pittsburgh).

Another old-fashioned form of entertainment that will never cease to exist is gambling, and the Super Bowl is a great opportunity for people to make bets ranging from guessing the final score to estimating how many of the Black-Eyed Peas songs during the halftime show will be terrible (my money is on all of them).

People have tried to use advanced technology to decide what bets to make, and recently I discovered that each year the aforementioned video game, Madden Football, runs a simulation to decide the winning team. Apparently they have correctly predicted 6 out of the last 7 Super Bowl winners.

Prior to learning about the Madden simulation, I had the Good Idea to play a vibrating football game to decide the winning team and help me make my Super Bowl bet. I also decided to tape it and make vibrating football appear awesome so that people would want to play with me.

After playing for 10 minutes, I realized that it is really hard to score in vibrating football because it is nearly impossible to control what the players do. This led to a very low scoring game which, according to the experts with their technology, is not going to be the case in the real Super Bowl.

My game result was also contradictory to the Madden result, so I am excited to see if my antiquated, simple, and humble vibrating football game triumphs over the complicated, expensive, and technologically superior Madden football in the contest of better prediction power.  Here are the video highlights of the big game: (Any gamblers wishing to use these results are free to do so, although I would strongly recommend going to Jesus’s Facebook page to see who he is pulling for, because they always seem to win.)