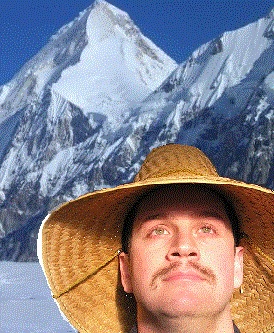 Elbow Fat, and Other Reasons to be Healthy

By now if someone is living in America and has not heard that we are one of the fattest and most unhealthy countries in the world, chances are good that they are fat and unhealthy. If someone is not sure about their own health-status, a good place to start is by looking at the elbows. If someone has elbow fat, it is time for a lifestyle change. Elbow fat, along with the many other signs and symptoms of an unhealthy lifestyle, are the risks involved with living in excess. There is no question that recession or no recession, we are still an excessive country.

For example, this morning my breakfast consisted of a small bag of “hot and sweet” beef jerky, three chocolate donut holes, a and half-gallon of chocolate milk. Although this is not my normal breakfast fare, I could eat it for every meal of every day (and if I knew for sure that the world was ending in 2012 like the Mayans and John Cusack have predicted, believe me, I would.)

The reason I ravenously tore through this stomach-turning combination of foods at 6:30am was my unfortunate choice of eating a light dinner last night, and I awoke with such a fervent hunger that I would have literally eaten a horse if I had one (and someone knew how to prepare it properly.) Come to think of it, I am not entirely confident that my beef jerky was horse-free, as I have heard rumors that the horses who under-perform at races such as the Kentucky Derby often mysteriously disappear.

The circumstances of my gluttony were also uncharacteristic of my normal daily routine because I stayed overnight at a sleep testing clinic. To summate a potentially long and boring explanation, I just found out that people with thick necks (my neck has a circumference of 17.75 inches), broken noses (I have broken my nose 2 times thanks to the sadistic, yet beautiful game of rugby) and sinus/nasal surgery(of which I have had 3) have a high risk of Obstructive Sleep Apnea. This basically means that due to my grotesque anatomy, I potentially stop breathing when in certain stages of sleep (and according to my wife, occasionally sound like John Merrick when I sleep on my back.)

This study was my way of preventing any health issues that could develop due to not breathing during sleep, such as feeling tired during the day or death. While there is the minute risk of death, I am much more concerned about keeping my wife awake with my snoring. After all, she is the one who has to go be productive at work. For her sake, and for my future health, I went to the sleep institute and this is what I wore to bed:

I do not understand how they expected me to sleep with all of these cords surrounding me, but to prepare for the next sleep test I am going to start sleeping behind the entertainment center. Here is what I actually wore:

Prevention is a Great Idea!

In college, when I saw my female lab partner walk into lab wearing a shirt that read “I ♥ Boobs”, I went through a large cycle of emotions in less than ten seconds. First,I was shocked that she, an intelligent, well-mannered girl would wear such a blatantly inappropriate shirt. Then I was perplexed because she had talked about her boyfriend a lot, and failed to mention her bisexuality. Then upon closer review of the shirt, I was blown away by the true power that it had over my emotions, because it was simply the most effective form of advertising that I had ever experienced.

In a country of excess, there are still plenty of resources available to support the health of our nation’s men. More specifically, each man’s prostate. Prostate cancer kills tens of thousands of men each year, and the cancer rate for men in America is skyrocketing (which includes a small amount of men diagnosed with breast cancer.) This created the need for a way to promote awareness of screening, as well as promoting the need for research. Unfortunately, I cannot picture my dad or brothers wearing a shirt that says “I ♥ Prostates,” so that idea is out.

The people at Movember came up with a brilliant way to raise money and awareness for prostate health and research. What is one thing that men have that most women do not, and can be kept out in the open without the risk of getting arrested? The answer: moustaches! (like I said, MOST woman don’t have them).  I am sure that when people view my picture above, they fail to see the cords and electrodes because my moustache was so… present. Now, when everyone asks me about it (which they will, believe me) I can tell them about the cause!

I have joined the fight by growing another terrible moustache for a great cause. I hope my readers will support me by making donations of any amount using the following link:

Click here to donate, or just to check out the cause!

(Proceeds go to the Prostate Cancer Foundation and LiveStrong, and are completely tax-deductible!)

Make sure and check back, as I will continually update the photos of the journeys me and my moustache take during this month, and when all is said and done, everybody wins*!

(*Everybody wins, that is except my wife, who laughs in my face every time she sees me, but secretly wishes I would grow hair on the top of my head instead of on top of my upper lip.)

Thank you all for donating on my behalf! Let me know if I can ever donate on your behalf! Feel free to send this post to anyone and everyone that may care about the men in their lives.  Love, John G

Click on the Moustache below to join the fight and grow your own moustache (women can participate too)!