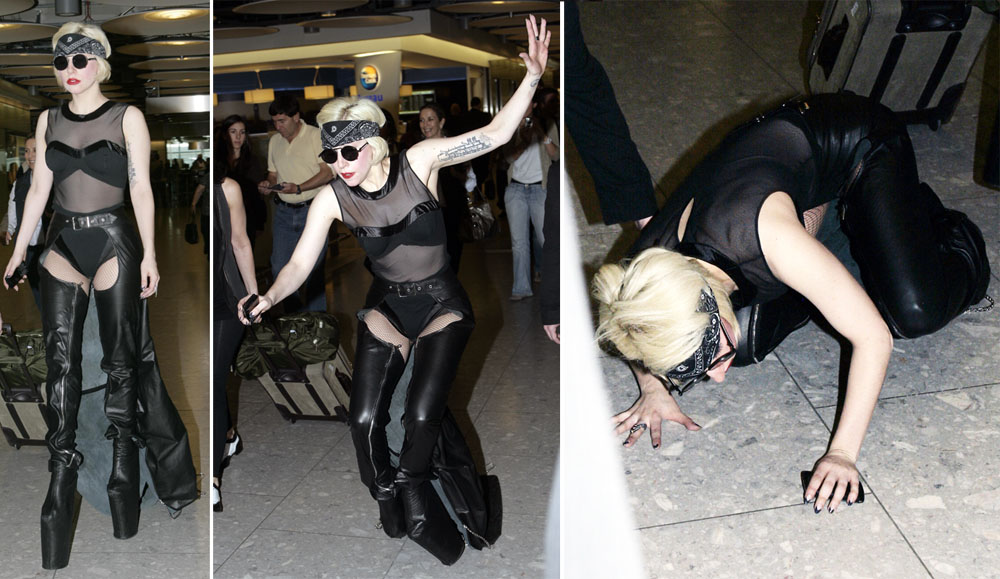 I really like performers. My favorite performer in any genre is the late Freddie Mercury, the former lead singer of Queen. His flawless, powerful vocals, musical aptitude, and super-human stage presence made him the quintessential performer. When someone as dynamic and talented as Freddie Mercury comes along,  not even a huge record label will tell him he needs braces or shouldn’t wear full-body spandex.  However when someone who is simply average comes along, the record label jumps right in and says “yes, let us wow them with stupid outfits and computer noises.” When Lady GaGa came onto the scene, my first exposure to her brand of ear poison was “Poker Face,” which I legitimately, whole-heartedly thought was a joke when my friend posted it on my Facebook wall.

I do not wish to degrade Lady GaGa just for the sake of being negative; that is not my style. I like to take a positive, humorous look at life, while acknowledging that I am far from perfect myself. Obviously enough people enjoy Lady GaGa’s ear poison for her to keep her wallet and ego big enough to come up with more ear poison on a regular basis. However, when I was sent a photograph of Lady GaGa’s ego falling over with the rest of her body at the airport, I had several questions:

1. If someone who dresses like a clown on purpose falls in public, are they embarrassed?

2. Does the record label consider it free advertisement?

3. Did the people at the airport have to pay for a ticket after they saw her fall?

4. Did the airport staff use bleach or soap when they cleaned the area of the floor that her skin touched?

5. If Lady Gaga hit her head when she fell and forgot who she was, could the doctors help her rediscover her identity without using the words leather, terrible, MTV, awful, and no talent freak show?

I have nothing personal against Lady GaGa, and I am 97% sure that she is acting anyway, which is why I can say some of the mean things I have said (also, I know she is not a subscriber to GoodIdeaJohnG.com.) She probably walks back stage, takes off her street-walker clothes, throws on a sweat suit, turns on the tv, and makes fun of the clowns on Jersey Shore. Either way, I had a Good Idea to express my angst in a positive, humorous way:

In a world where popular music is often relegated by whatever brings in the money, I am fine with listening to the music I like without complaining. To each his or her own. This might change when I have kids and want them to not be idiots. But for now I only hear about the bad stuff that happens, and I understand that I am biased/jaded for that reason. I sincerely hope Lady GaGa and her ego are okay, and that none of the computers that make her music sound “good” were hurt in the fall.

5 thoughts on “Breaking News: Lady GaGa Falls Down, Many Laugh”